The S-Series is designed for data intensive workloads such as big data, streaming media and collaboration applications, and for deploying software-defined storage, object storage, and data protection solutions.


The Cisco S-Series S3260, which is a follow-on from the C3260. Much of the bare-bones specification remains, such as 600TB of local data storage with enterprise-class redundancy, connectivity including NFS, iSCSI, Fibre Channel (FC), FCoE, SMB and SMB Direct, scaling to petabytes with Cisco UCS Manager, and a dual-node two-socket architecture using Intel Xeon CPUs. But much else has changed, particularly the adoption of a modular design so that different components can be refreshed at different times.

The S3260 is the first product in the S-Series line-up and the main features are: 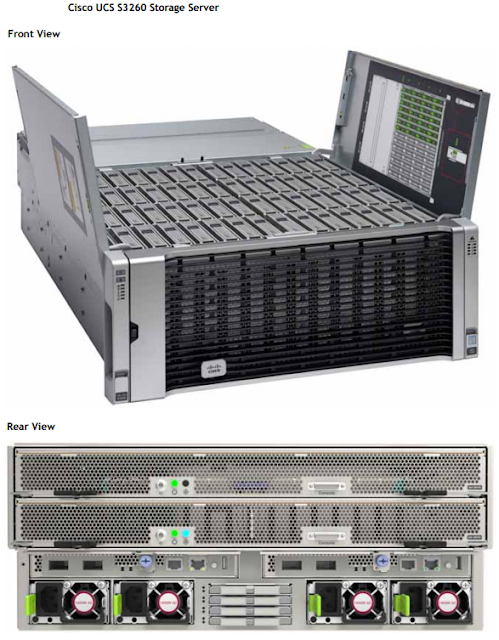 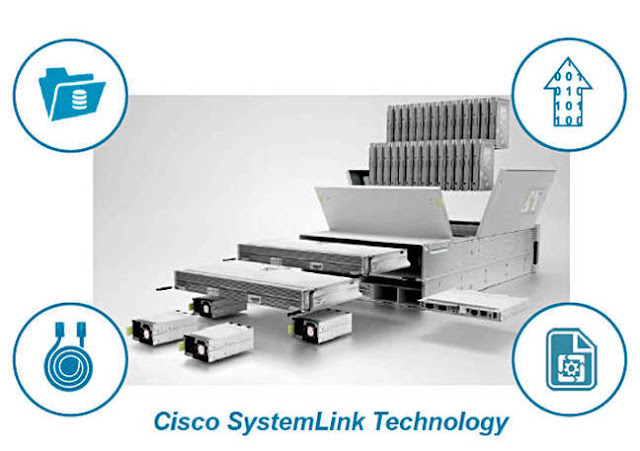 Modular components include disk, SSD and NVMe media (caching flash with Fusion ioMemory3 PX), disk expanders, IO expanders, flash memory and Ethernet/FC/FCoE connectivity options.
They can be cache-optimized, capacity-optimized, compute-intensive and IO-intensive configurations; the latter having 160GB/sec of aggregated VIC IO, and either 8 or 16Gbit/s FC.

Capacity can be scaled out, by adding nodes, to 86PB in a UCS domain. 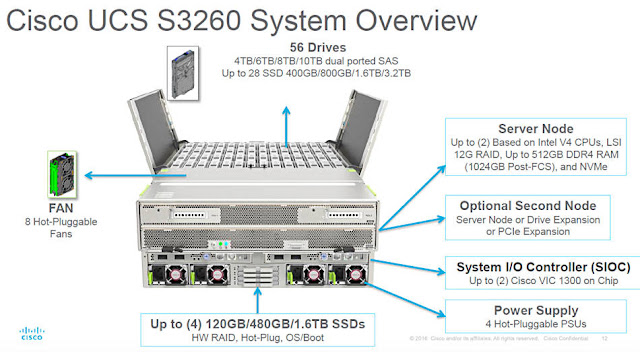